Be Like Them: A Quick Review Of The New Album From Wire 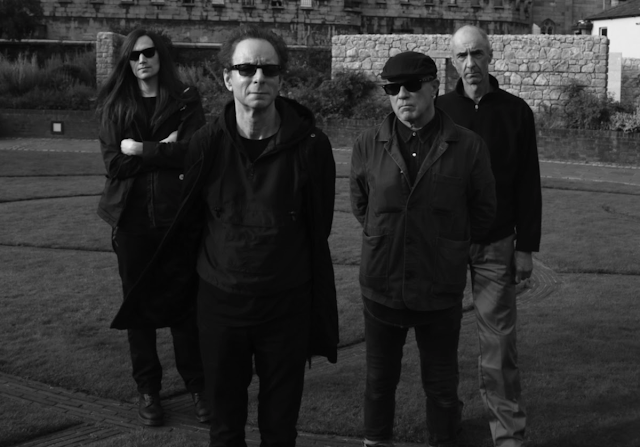 Wire release their 17th studio album, Mind Hive, today on their own pinkflag label. It's crazy when you think that this band has been making music like this for 44 years. They have been on my heavy rotation for most of that time, although I really got on-board with 1988’s A Bell is a Cup. And I just fell in love with "Kidney Bingos".

Not many bands from 1976 are still around plugging away at it, but here we are. Wire sounds as post-punk and vibrant as ever on this release (and to be honest all of their recent releases). According to the press release, Wire "remain resolutely focused on producing music which is smart, vital and defiantly modern." I am including that quote because it really does a good job of summing up this latest release.

Mind Hive kicks off with "Be Like Them". Even though this is probably my least favorite track off the album, it's a strong opener. It almost sounds like a new metal track with how the guitar and drums kick in. But once you hear the vocals from Colin Newman, it's clear that Wire is back at full force. This album is their first new material since 2017's Silver/Lead (which is probably my favorite of their recent albums). The next track, "Cactused", the first single from the album, is probably everything you expect from a Wire number: a pulsing beat, partially spoken vocals, building momentum... Overall just a really good song.

The next pair of tracks are my two favorites off of this album. "Primed and Ready" is the second single from Mind Hive. This one is more electronic, perhaps sounding to some of you a bit like The Horrors' recent musical output. Last year singer Colin Newman mentioned to Kyle Meredith in an interview that "Primed and Ready" was the easiest song to write for the new record. It sounds like effortless Wire to me (which is a good thing). "Off the Beach" is next. This is probably as close to a pop song as Wire is capable of putting out. Lyrically, it seems pretty light and optimistic, but is it? Elements of this one, like the elements of many a Wire song, seem pretty strange. "Have you ever been washed off the beach?" go the cryptic lyrics.

And while "Unrepentant" is a very pretty slow song that others might compare to Pink Floyd, there's an even longer track here worth highlighting. "Hung", at more than eight minutes long, is the epic here. "In a moment of doubt the damage was done," go the lyrics. I love the dense, mesmeric guitar-grind, and I love the spattering electronic sounds.

Mind Hive is out today. More details on the album and on Wire via the band's official website.