A Very British Coup: A Word Or Two About The New EP From Jah Wobble 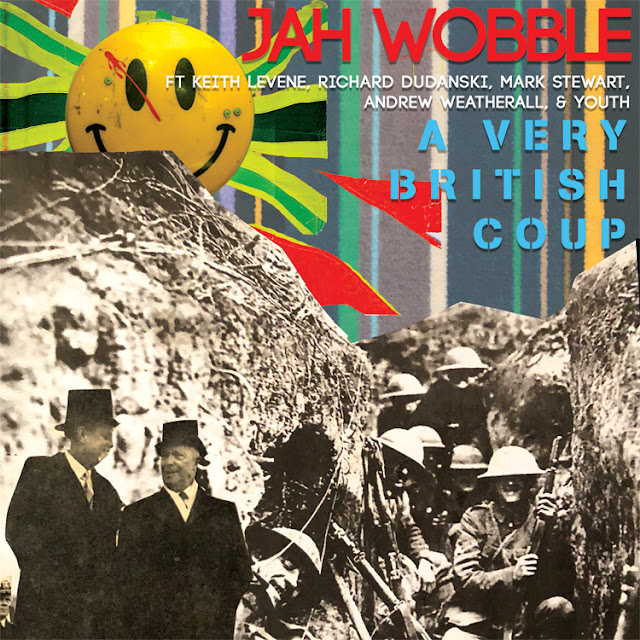 The new EP from Jah Wobble and friends, A Very British Coup, drops on Friday, right in time for a alarmingly awful next step in British history to begin. The EP, featuring a handful of great players, makes one angry even as it makes you want to dance. Out on Friday via 80 Proof Records, the release deserves a lot of attention.

Featuring four mixes of the title cut, A Very British Coup reunites Jah Wobble with his P.i.L. band-mates Richard Dudanski on drums and the legendary Keith Levene on guitar. With vocals from Mark Stewart of The Pop Group, and production from Youth (Killing Joke) and Andrew Weatherall, this is an extraordinary release on paper. Good thing the tune lives up to the promise of the line-up.

The title cut finds Mark Stewart warbling with intent over a wonderfully rambling riff. Things are anchored by Jah Wobble's bass, of course, but Dudanski's playful drum patterns are a joy as well. The main track, and the shorter radio edit are where to start, before one dives into the "Dogma" mix of "A Very British Coup", as this version, and the dub version, push and pull the song to the breaking point. Adventurous and pointed, every iteration of the tune here is the kind of thing that reminds just how valuable these players are, and how desperately their sort of voices are needed now.

A Very British Coup is out on Friday via 80 Proof Records. 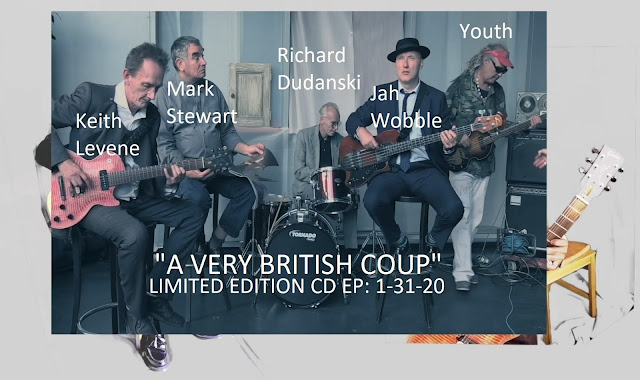